30 Historic Places to Visit This Fall in New England

You don’t need much convincing that New England is an amazing place in the fall: apple picking, foliage, and flannel shirts all contribute to the cool, chilly wonderland known as Autumn. fall in the northeast.

The region is also full of destinations – from Connecticut to Maine, both well-known and more obscure – that will both put you in an autumn mood and transport you back in time. Here are 30 historic places you should visit this season. 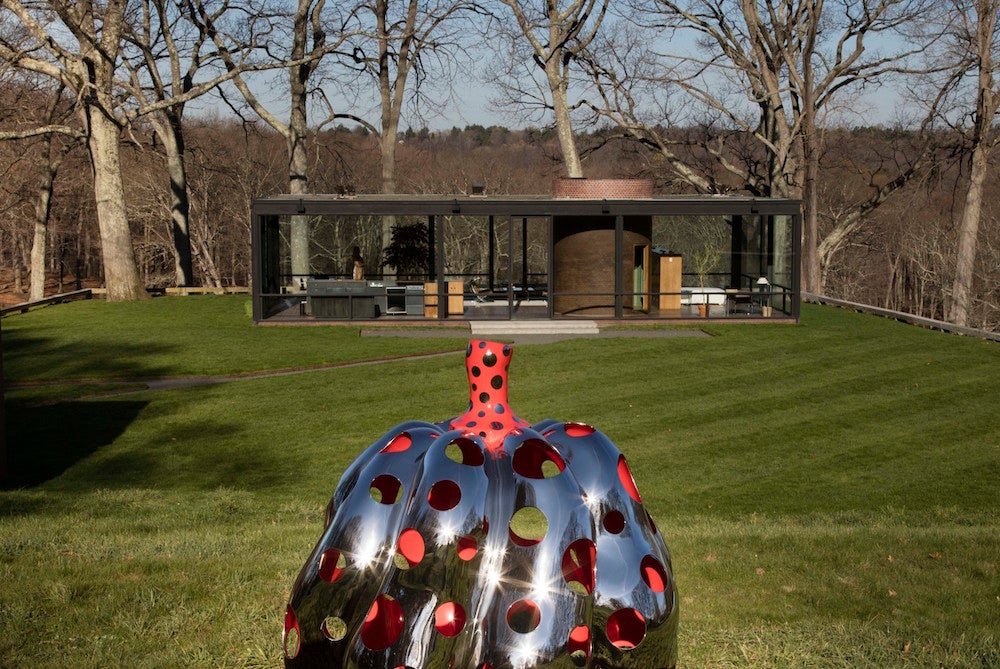 The Glass House, completed in 1949, is known for bringing a touch of international architecture to suburban life in America, according to the house’s website. Architect Philip Johnson designed the house and lived there until his death in 2005. It’s now a National Trust for Historic Preservation site, and you can take tours. This fall is the perfect time for one, as a special exhibition titled “Yayoi Kusama: Narcissus Garden” is running there until November 30. In addition to a landscape installation with 1,300 floating steel spheres, each approximately 12 inches in diameter, you’ll also have a chance to see a large steel sculpture called “PUMPKIN”, another example of Kusama’s work. 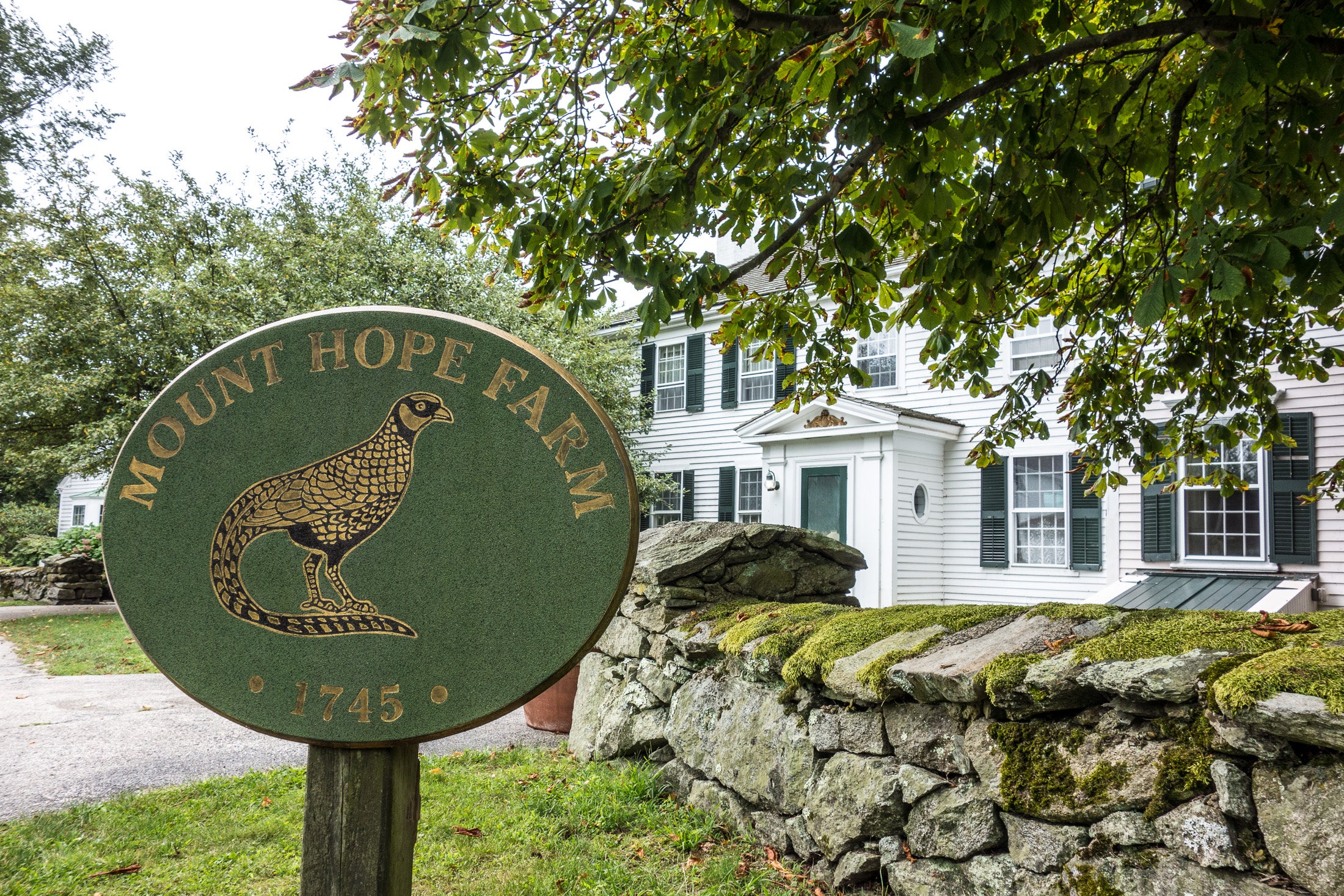 What better time of year to see Rhode Island’s historic farms than fall, when the leaves are changing and the crops are growing? According to Visit Rhode Island, Rhode Island’s agricultural history dates back to its founding in 1636. You can visit the farms on the Heritage Trail in any order, stopping at Dame Farm and Mount Hope Farm, which are listed on the National Register of Historic Places for their historic buildings, as well as Coggeshall Farm Museum, Prescott Farm, Watson Farm, Casey Farm, Smith’s Castle, South County Museum and Abrams Animal Farm. 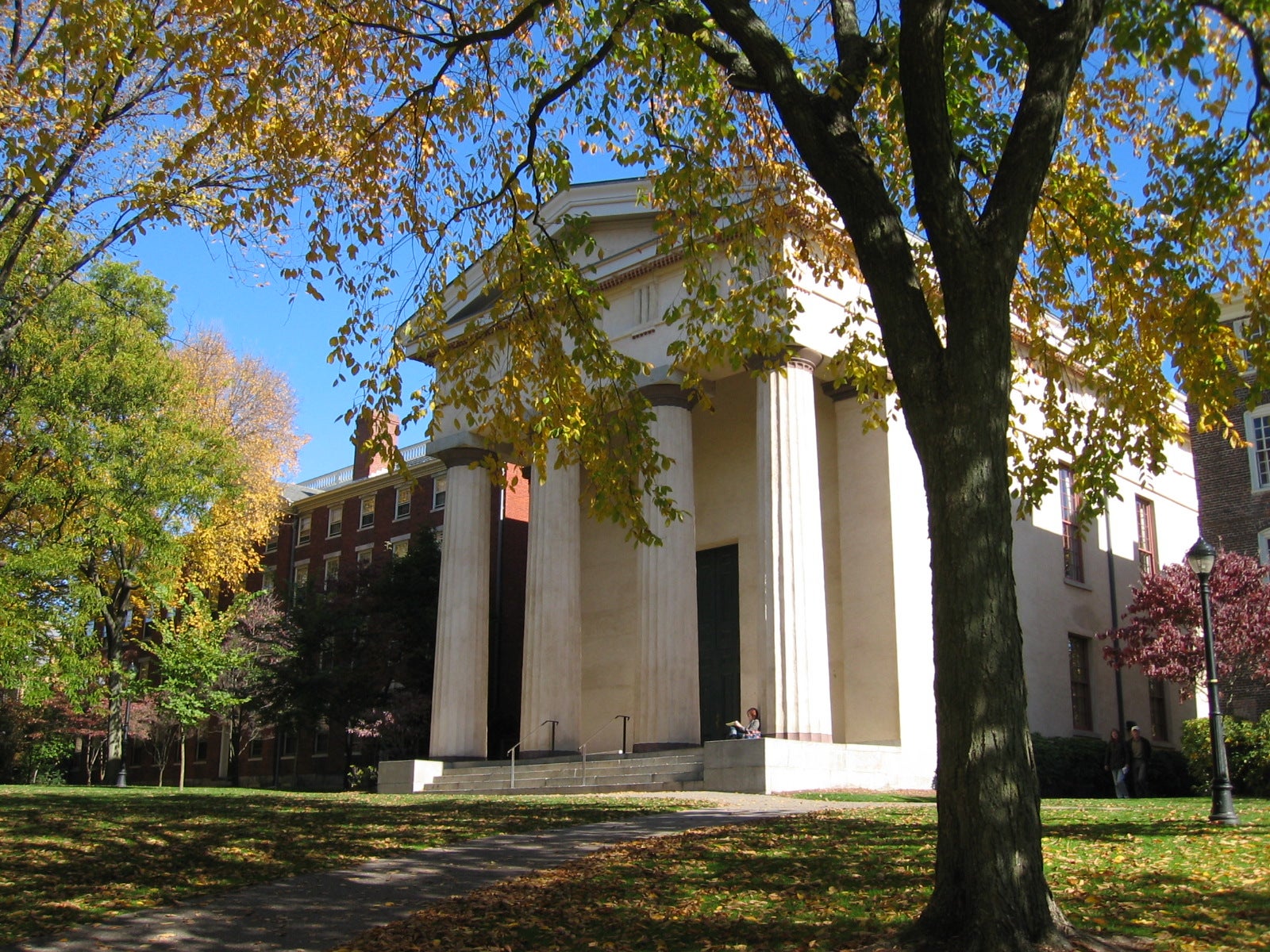 Brown’s Manning Chapel was built in the 19th century.

The new school year is kicking off, but you don’t have to be a new student to stop by historic colleges this fall. Brown University, which has been around since 1764, offers a self-guided tour of its brick-clad buildings. The tour starts at the Van Wickle Gates at the top of College Hill, where you can see views of Providence, then heads to the libraries, green spaces, dorms, before ending at the athletic center. Then there are plenty of other historical experiences around Providence that will continue your academic-themed day, including tours of the Rhode Island State House, John Brown House Museum, and Museum of Natural History and Planetarium. 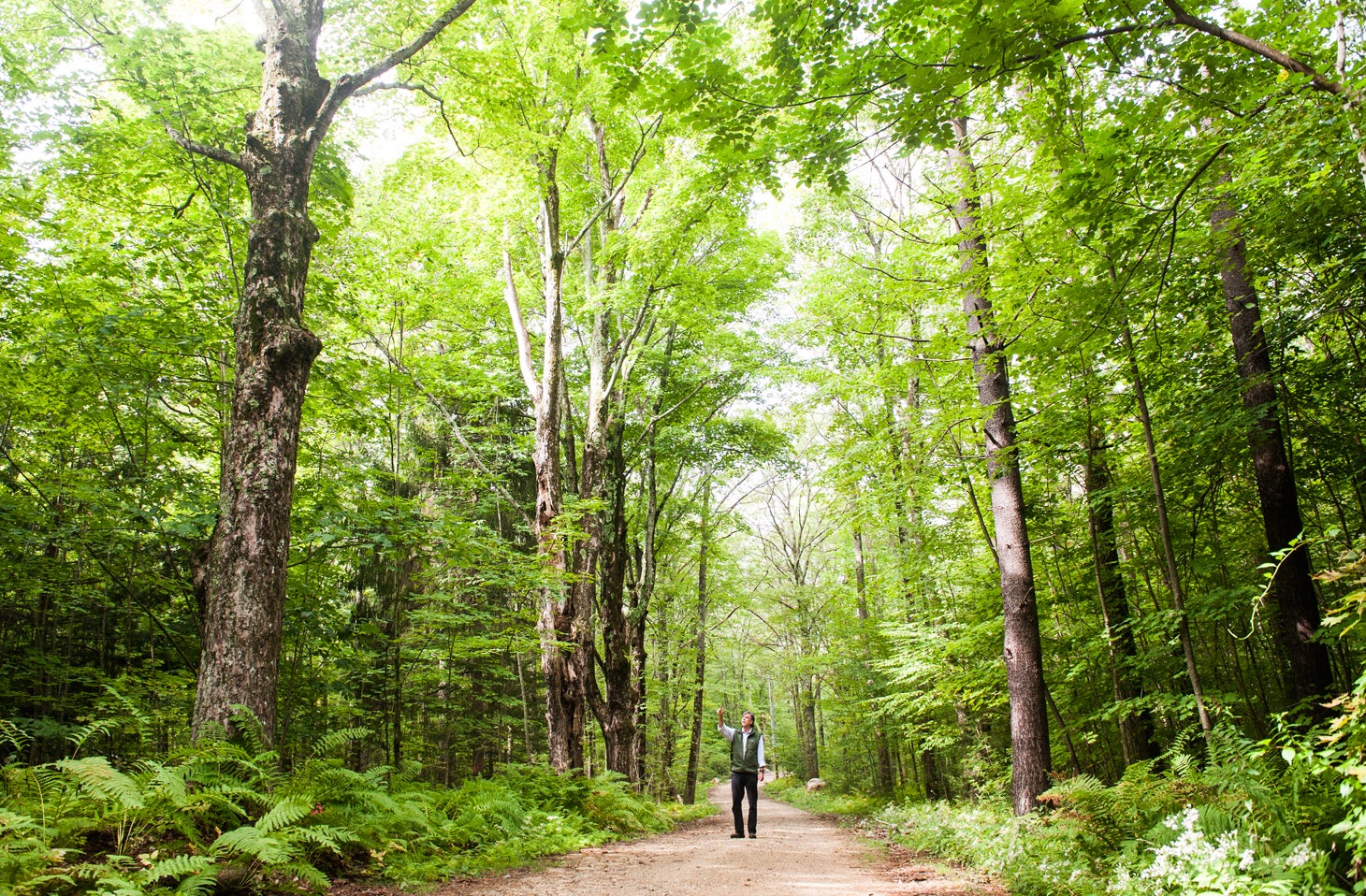 Known as Harvard University’s “3,500-acre laboratory and classroom,” according to its website, Harvard Forest is also home to the Fisher Museum, which features acclaimed dioramas that illustrate information about forests. of New England. Its variety of walking and hiking trails includes a self-guided ecological and historical trail and a self-guided nature trail, where you are sure to see the leaves changing.

The Mohawk Trail opened in 1914 and stretches 63 miles throughout the western part of the state, with 50,000 acres of state parks and forests surrounding it. Although open year-round, the route is particularly beautiful as the leaves begin to change color for fall. In addition to places to eat, nature to see, and stores to shop, the Mohawk Trail has a variety of historic sites along the route. The Susan B. Anthony Birthplace Museum, where you can learn about the famous suffragist and abolitionist, falls along the trail at Adams. The same goes for the Quaker Meeting House in Adams, which is listed on the National Register of Historic Places. If you’re more interested in art history, you can head to the Williams College Museum of Art in Williamstown, the Massachusetts Museum of Contemporary Art in North Adams, or the Sterling & Francine Clark Art Institute, also in Williamstown. Atop New England’s tallest peak, you’ll find the Mount Washington Observatory Weather Museum, the Sherman Adams Visitor Center, and the 1853 Tip Top House, which was built as the second house in stone on top of the mountain and was originally used as a Hotel. Go on what the state’s website calls the world’s first climbing train and the only cogwheel railway east of the Rockies. It offers a three-hour guided train tour to the top of the mountain.

(The railway runs from April to November and departs at different times of the day; $69 for adults, $65 for seniors, $39 for children 4-12, free for children 3 and under; recommended to buy tickets in advance)

Election season is certainly underway. This fall, you can engage in presidential history by visiting the childhood home of Franklin Pierce, the 14th President of the United States. Pierce lived in the house from his birth until his marriage in 1834. The National Park Service explains that his house is a good example of village architecture in New Hampshire, as it has a hipped roof and doors to panels. 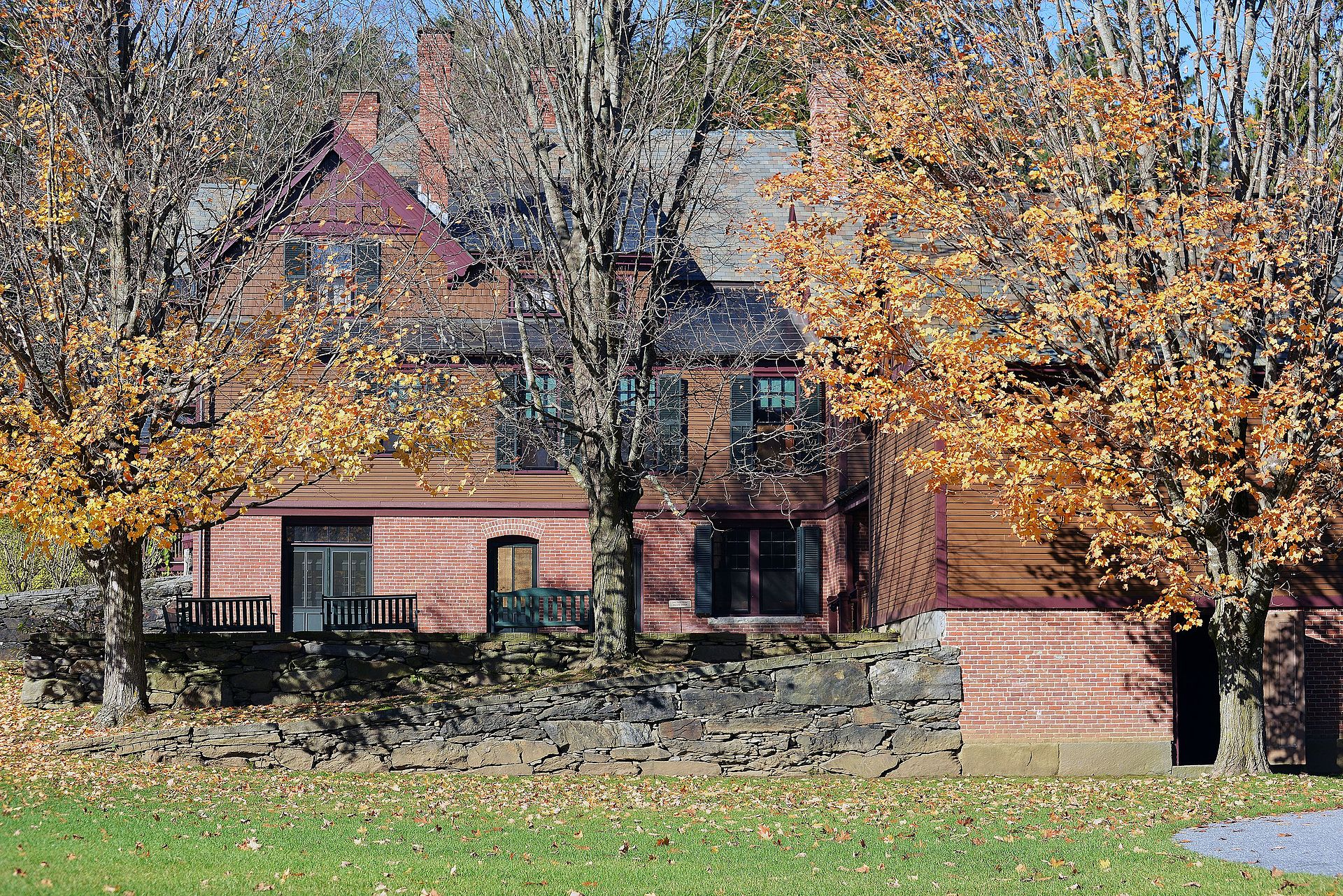 A view of the Billings Farm and Museum.

The National Park Service encourages visitors to “discover Vermont’s only national park decked out in vibrant fall color.” This park would be the Marsh-Billings-Rockefeller National Historical Park, and Billings Farm and Museum is part of it. Explore a museum showcasing the history of rural life in Vermont and learn what running a farm was like in the 1890s. Also included are a restored 1890 farmhouse and a working dairy farm.

(Billings Farm and Museum East open daily from April 30 to October 31 from 10 a.m. to 5 p.m.; open weekends from November to February, as well as Christmas and February holiday weeks from 10 a.m. to 4 p.m.)

There’s no better time than fall to learn about the history of maple trees in the leaf-covered state of Vermont. The New England Maple Museum (it does exist!) will teach you how sugar is produced and bring you closer to a collection of sugar-related artifacts. Maple syrup samples are available. There is also a museum shop where you can buy syrup and tons of other maple products. The view from the lobby sculpture gallery of the Ogunquit Museum of American Art.

Many historic art museums along this trail feature works by famous artists who took their time to get creative in Maine. The trail includes the Bates College Museum of Art, the Ogunquit Museum of American Art, and the Portland University of Maine Museum of Art. Of course, you can also take in the beautiful fall views and picturesque Maine cityscapes.

Since 1807, it has been America’s last maritime signal tower. It’s sure to give you long-lasting memories of Maine’s fall beauty. The tower is listed on the National Register of Historic Places and later became a National Historic Landmark and a National Civil Engineering Landmark after undergoing multiple renovations and preservation efforts.