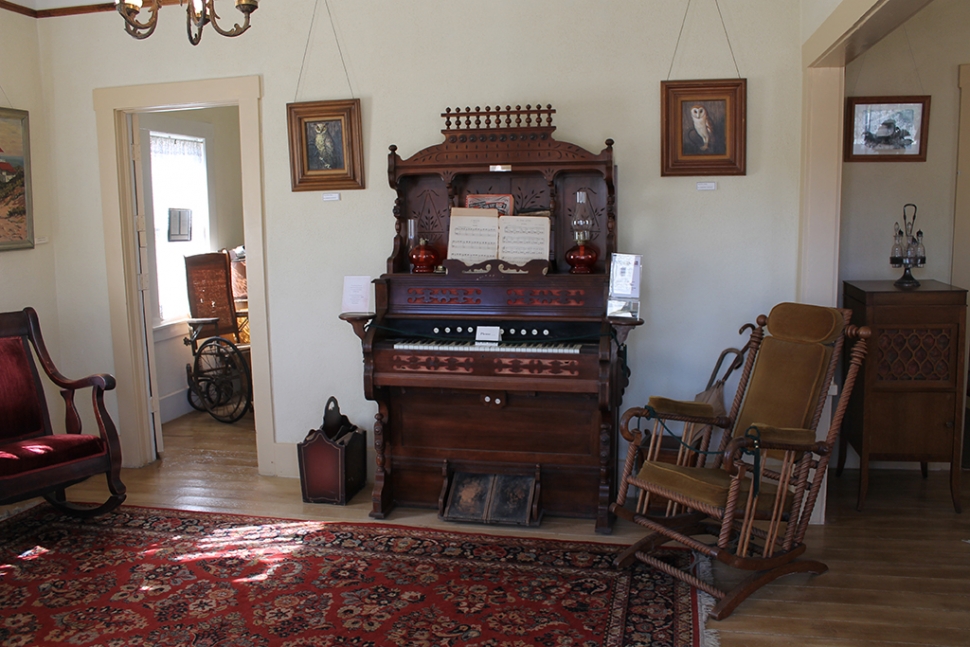 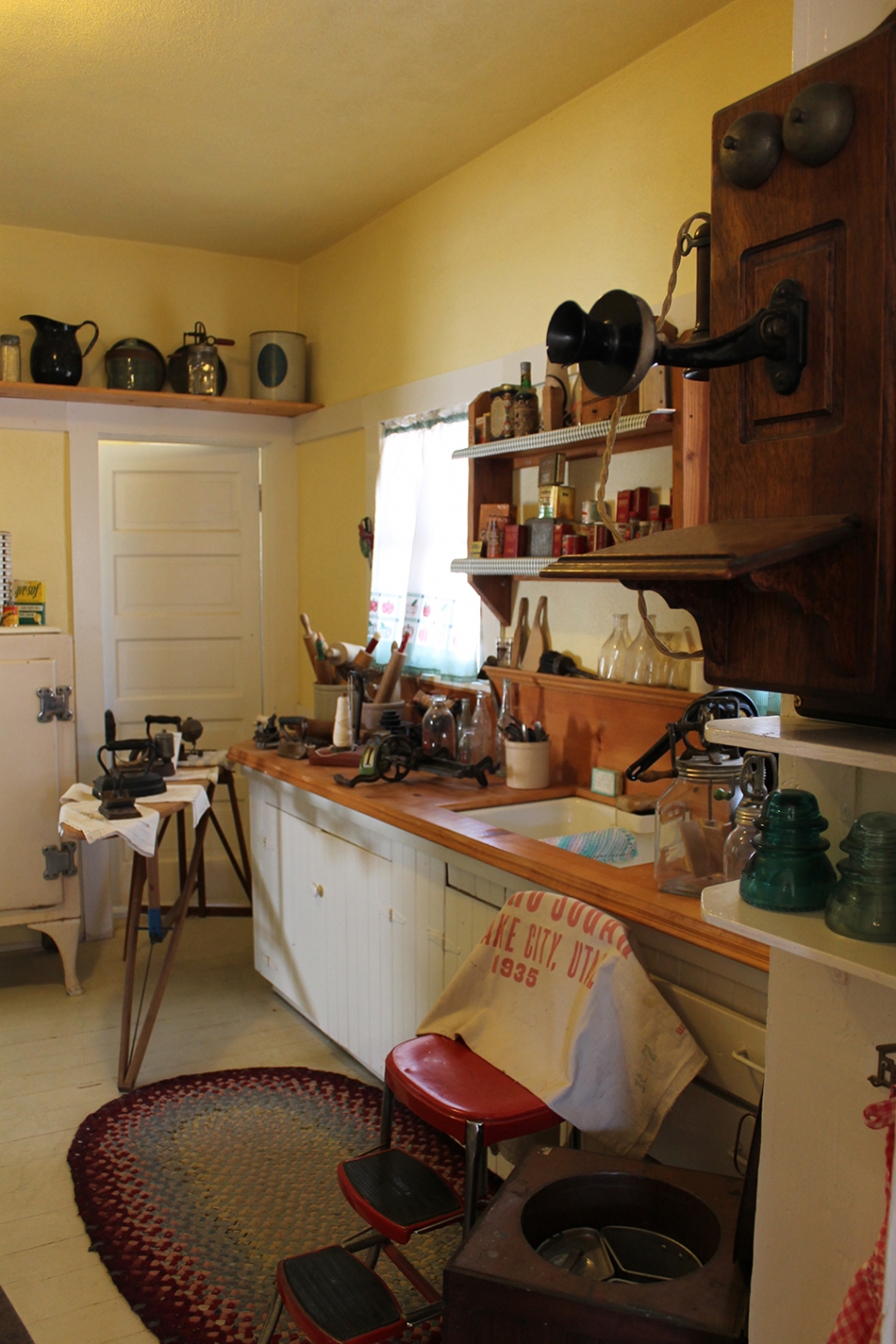 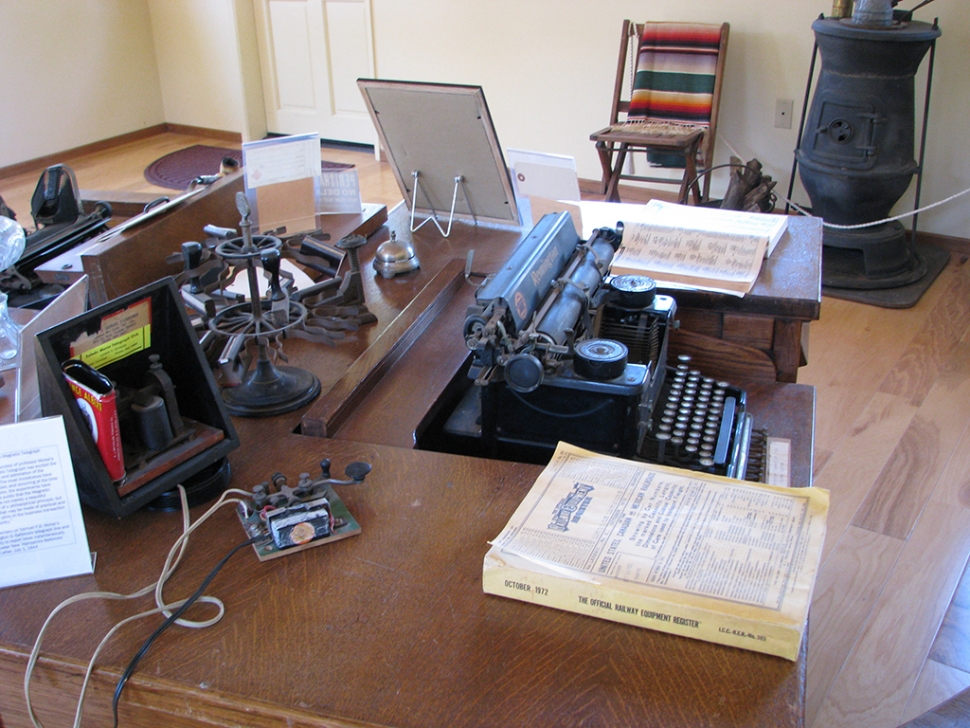 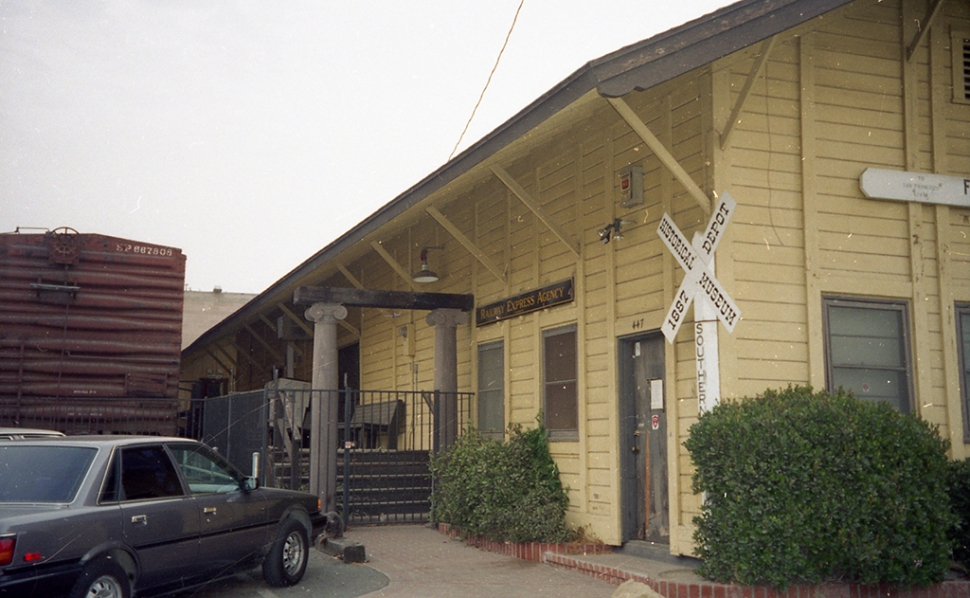 Members of the Fillmore Historical Museum gathered at the Fillmore Railroad Depot on Saturday, February 26 for the Annual Members Meeting. The museum was founded in 1971 by author, teacher and world traveler, Edith Jarrett and incorporated in 1972. Its first home was on the ground floor of the Fillmore Masonic Temple building. It moved to the Southern Pacific Railroad Depot in 1974 when Mrs. Jarret bought the building and moved it across Main Street to a location next to the fire station. After the Northridge earthquake the museum closed for 4 years while the Rancho Sespe Bunkhouse and Hinckley House were restored and opened to the public. It was not until 2006 that the restoration of the Depot was completed.

Chair Martha Gentry reported that despite Covid closures and a lack of rail tourism, more than 500 people visited the museum with tours from all points in the US and England. Museum volunteers devoted more than 2,379 hours to welcoming tourists, working in the research library and caring for the collection. During the year, we benefited from the assistance of an intern from Cal State Channel Islands. She began her internship working in the collection and eventually produced her own photo exhibit of the Fillmore natural disasters.

Many display areas have been redesigned or refurbished with an emphasis on providing explanations in English and Spanish with QR codes added so that music selections and some interviews can be heard. The photos have been enlarged to highlight the displays of our early pioneers. There’s also a fascinating display of stills from films shot in Fillmore and the St. Francis Dam disaster.

We have received several donations of important artifacts including the wooden bottle and plate from the sanitary dairy now at the depot and 800 black and white photos of Fillmore dating from 1985 to 1987. These photos have been released a few at a time on Facebook and Instagram as we try to identify the people who appear there. Thanks to Fillmore & Western Railroad owners, Dave and Tresa Wilkinson, we now have the c 1905 Piru Depot Cast Iron Stove. He can be seen in the office area of ​​the depot. The biggest acquisition this year was a 1927 American La France fire engine. The fire truck was first put into service at Fillmore in 1927, eventually sold to a farmer who used it in his orchard, then purchased and lovingly restored by a local group of volunteer firefighters. The next big fundraising project will be to build a fire station for the fire truck.

The museum hosted two signings this year: Carina Montoya was there to sign her book “Ventura County” and Ofelia Romero signed her new book, “The Legend of the Romeros, Then and Now.” Both books are still available for purchase at the museum.

Finally, the members elected 4 board members who will serve three-year terms. They are: Martha Gentry, Joanna Michel, Jack Stethem and Bob Morris. After the meeting, refreshments were served and attendees were shown the new displays in the Bunkhouse.

The Museum is now open Wednesday to Friday from 9 a.m. to 4 p.m., closed from 12 p.m. to 1 p.m. and Saturday from 10 a.m. to 3 p.m. We hope you will visit our website at www.fillmorehistoricalmuseum.org where you’ll find the stories we’ve written for the Fillmore Gazette as well as books for sale and visitor information.