Historical analysis of the Ukraine-Russia conflict

Now is not the time to write this article, as the Ukrainian people are busy repelling a Russian invasion of their country. The whole world is currently focusing on how Ukrainians are suffering and how they can be helped.

Even the Russian government faced mass protests in their country against the invasion. However, countries like India, China and many others maintain an ambiguous position – not knowing how to react.

It’s a rather cowardly act to maintain neutrality during a full-scale invasion. How not to condemn the Russian government for invading a nation? Isn’t it fair to condemn such a shameless act of aggression?

In this article, I will explain why condemning Russia is not enough, why it is hypocritical and how we miss the big picture.

History behind the Ukrainian crisis

First of all: no matter the sides, war has always meant suffering for those who are invaded. It is a widely documented fact that soldiers commit war crimes – from torture to rape.

Indian soldiers did this in Kashmir during the insurgency, American soldiers during the American war in Vietnam, Japanese soldiers in Korea during World War II. I could go on, and the list won’t stop. To form an opinion on the invasion of Ukraine, we must analyze the relevant historical and contemporary events that led to the current situation. In doing so, we will discover why it is not enough to condemn Russia. 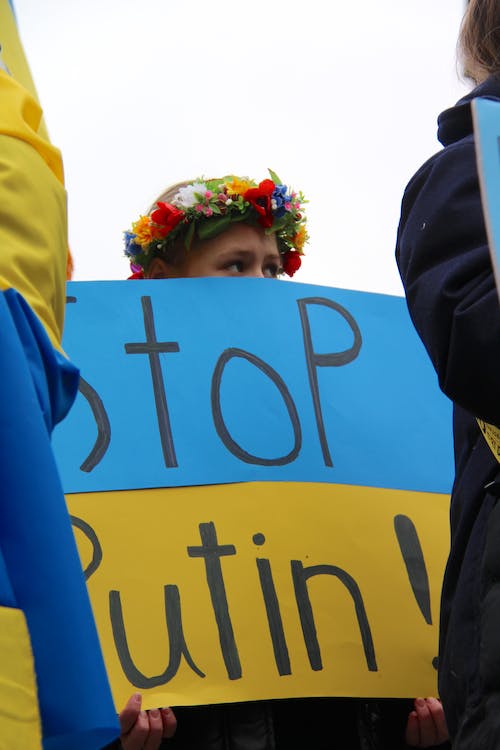 When Stalin died in 1953, there were considerable changes in the functioning of the Soviet government and economy under the leadership of Nikita Khrushchev. These “reforms” would eventually lead to the dismantling of socialism in Eastern Europe and give rise to the Russian Federation and 14 other nations around it – one of them being Ukraine.

The Russian economy (and presumably other Eastern European economies) was in tatters at the time. The so-called victory of capitalism that the West was celebrating (when the Berlin Wall was torn down) was a grim situation for the peoples of Eastern Europe.

The strong welfare system established in the early years of the USSR had become impoverished due to free market reforms. As a result, there has been an upsurge in mortality, a plunge into poverty and the rise of organized crime. Nevertheless, Russia was still a military power with nuclear warheads numbering in the thousands, and as a member of the UN Security Council it wielded reasonable influence in the world.

This meant the possibility of US nuclear missiles right on Russia’s borders. If that wasn’t an aggressive and irresponsible policy toward the West, I couldn’t say what was. NATO and the EU have pursued a policy of bringing more and more Eastern European countries into their fold. In 2014, Ukraine’s president turned down a trade deal with the EU, in favor of a Russian trade deal, amid protests against him.

The next day, a coup d’etat during which the current Ukrainian president, a pro-Western candidate, came to power. The “Euro-maidan” protests had minor ideological support from the United States. John McCain, a US senator, had visited Ukraine and joined one of the neo-Nazi groups participating in the protests.

Furthermore, the leaked phone call between Victoria Nuland, Assistant Secretary of State and Geoffrey Pyatt, US Ambassador to Ukraine, showed how much the United States was deliberating and trying to control the situation in Ukraine. In light of the history of American interference in Latin America, Asia, Africa and even India, it would not be unreasonable to say that the United States provided material support for the coup in Ukraine.

Russia’s invasion of Crimea happened in the aftermath of this coup in 2014. Thus, Russian military aggression is a direct result of a policy of irresponsible Western expansion. Therefore, I believe that blaming Russia solely as the author of the current situation (as the international media has done) ignores the historical context and the role of the United States is fanning the flames of the current war.

Between 2014 and 2022, there have been conflicts around the world with an American hand behind them. However, these events were barely mentioned in mainstream US media and as a result were not mentioned in most international media. For example, Yemen is going through a civil war where Saudi Arabia (a US ally) is punitively bombing Yemeni towns with US-supplied ammunition and weapons.

The United States has carried out airstrikes in Syria, Pakistan and Afghanistan. In 1989, the United States invaded a small Latin American country, Panama, when its dictator, Manuel Noriega (formerly a CIA employee), proved to be a problematic puppet. Under John F Kennedy, the US military sponsored an invasion of the small island nation of Cuba, next to the United States.

These attacks, invasions and crimes are no different from what Russia is doing in Ukraine today, but you won’t even hear a whisper of these American crimes in the mainstream media. What Russia is doing today, the United States has probably done many times over the past century.

The American propaganda machine is so robust that it does not need to lie. The media gives undue coverage to events beneficial to US foreign policy and very little to events in which they are on the wrong side of history. Thus, it is utterly hypocritical for the international media to take a moral high ground and condemn Russia for the invasion when they have done very little to condemn America’s wars around the world.

Finally, the larger picture that we miss in this argument of Russia versus the United States is the phenomenon of imperialism. In one of his seminal works, Lenin described the colonial and imperial wars of European nations as a direct consequence of the capitalist mode of production in Europe.

The capitalist mode of production is based on increasing incomes and profits, a promise of creating ever more wealth and more of everything. But how do you create infinite profits in a world of limited resources? Today, the capitalists tell us that we must colonize Mars and advance humanity! A few centuries later, when Mars will no longer serve their purposes, they will tell us that we must colonize another planet and so on.

Two centuries ago, the response of European capitalists was to conquer land in the Third World. However, by the end of the 19th century, no land on this planet could be occupied and the various colonizers had carved up the world. So how would capitalism satisfy its desire for infinite profits in the face of such material limitation? War.

Thus, Lenin predicted that there would be a war between the colonial powers so that the capitalists of their respective countries could have access to more resources, new markets in which to invest and more labor to use. . This war was to become the First World War. But unfortunately, capitalism still lives today, and so imperialism is what we see when smaller nations become the battleground of the superpowers of this world.

The formation of the USSR and China was a significant challenge for the Western powers, because a new socialist nation (like Vietnam or Korea) would mean land, labor and a market that their capitalists would not be able to penetrate. . Thus, the wars in Korea, Vietnam, Angola, Algeria, Cuba, etc., were fought against the imperial ambitions of the capitalist class in the Western world.

While the USSR and its socialism no longer exist, the situation in Ukraine is indeed an imperial phenomenon. Today, as a fully-fledged capitalist state with a reasonably strong military, Russia is a rather extreme challenge to Western capitalism. Unlike the Middle East and Africa, you can’t drop punitive bombs on Russia and get away with it.

While capitalist nations clashed in World War I over colonies, superpowers are now crushing smaller nations like Ukraine – some trying to capture through ideological warfare, propaganda, sponsorship of fascist groups , and some by brutal military force. But, regardless of the players, the end result is a nation whose people couldn’t make a choice for themselves.